An in-depth look at your team’s code review process.

The Code Review page provides team and individual contributor metrics around your code review process, so you can improve the thoroughness and efficiency of your collaborative practices. 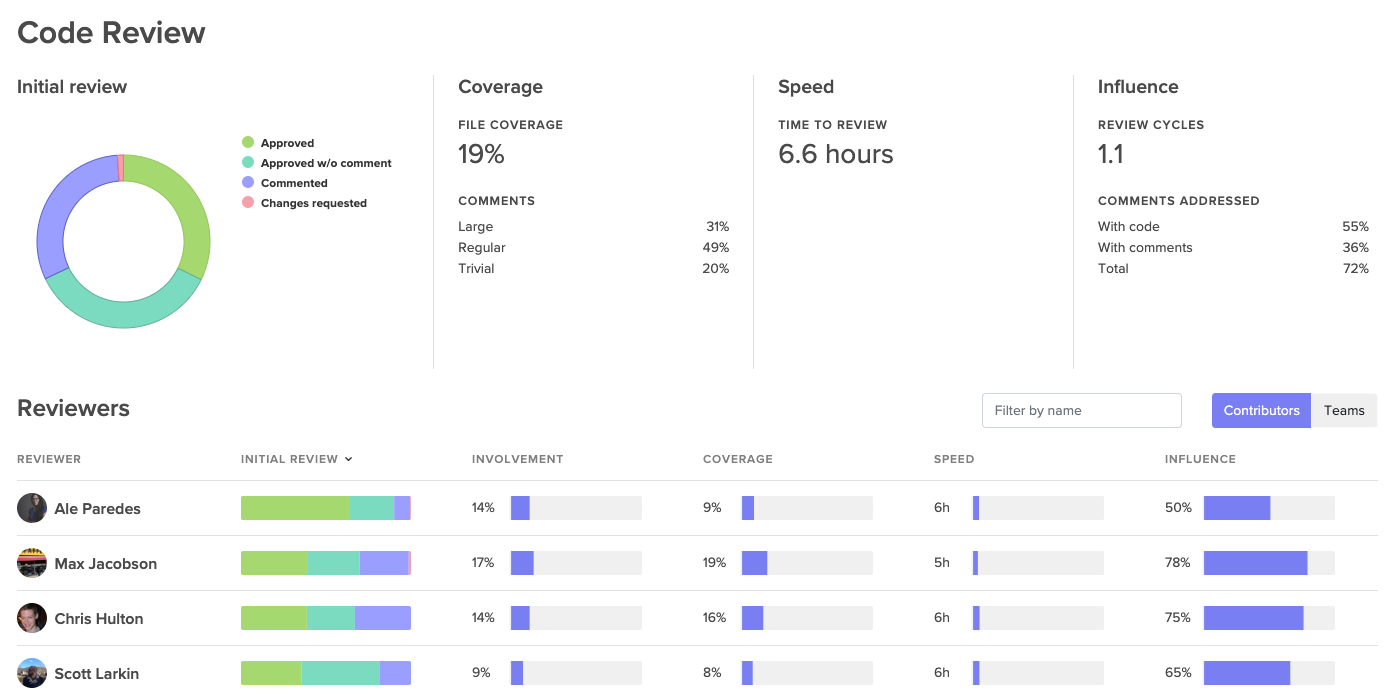 This page is made up of four components:

The Initial Review helps you understand how often pull requests get stuck in the code review process. 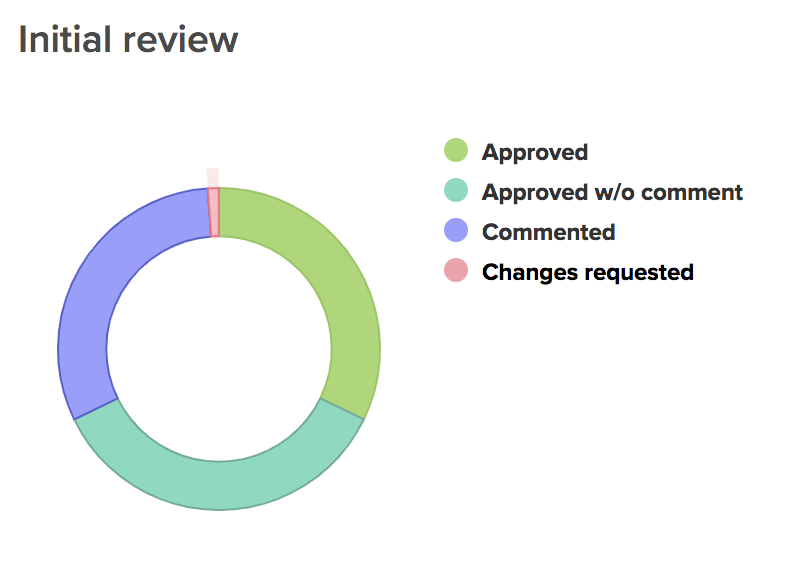 Coverage denotes the percentage of files in a pull request that receive at least one comment, so it's a good representation of review thoroughness. You’ll also see the relative size of comments: 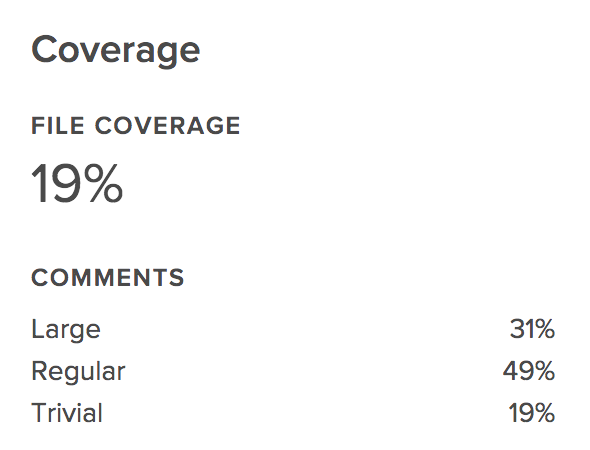 Knowing the size of pull request comments helps paint a picture of the amount of time and thought put into the code review. If a team has a poor coverage percentage and a high approval percentage, for instance, it could mean that code reviews aren’t as thorough as they could be.

Review speed  and the Time to Review metric represent the turnaround of a review. The following actions count toward this metric: approval, comment, or request for change. 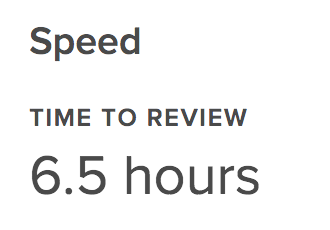 Review influence displays Review Cycles, or the the average count of back and forth from author to a reviewer in a pull request. 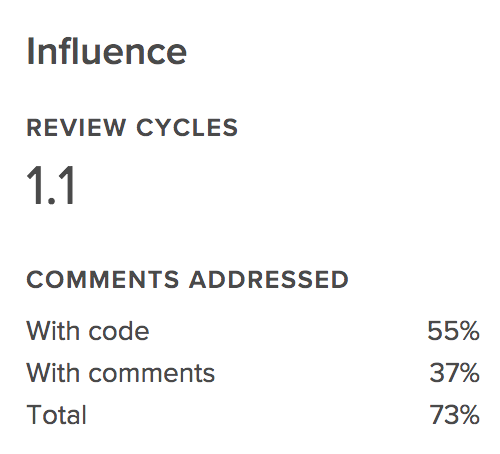 The Reviewers section breaks down the Code Review metrics by contributor or team. You can filter by name or sort by whichever metric is most valuable to you.

All of these metrics appear on a per-individual and per-team basis at the bottom of the page.

This section also involves the Involvement metric: the percentage of pull requests from your organization that the particular reviewer (or team) is involved with.